The following stories illustrate the value of the non-clinical, social determinants of health services provided by a CHW in the Ways2Wellness CONNECT program. Patients with chronic diseases are referred to the program because they are struggling to get or stay healthy. The following short vignettes illustrate some of the simple things that CHWs have assisted clients with that have resulted in clients who are healthier, happier, and able to enjoy their life and family.

A Simple Solution for Jessie:

In my role as a Community Health Worker I am able to meet with patients in their homes. I was meeting with a patient, Jessie, who had been referred to our program because of concerns that she was not taking a needed medication correctly.  Jessie had told the doctor she was taking the medication, and the pharmacy assured the doctor she had picked up her prescription, but Jessie’s labs were not getting any better.  Upon spending some time with her, Jessie confided that she had not been taking the pills because she could not open the bottle due to her arthritis.  She had been too embarrassed to tell her doctor.  I shared with Jessie how many medicine bottle caps are reversible, allowing for easy opening, and I helped her set up a pill box.  Since then Jessie’s labs have made steady progress towards normal and she is happier and healthier!

Mary, a client with chronic disease who needed to gain weight, was referred to the CHW program.  She was skeptical at first. However, over time and with persistence, Mary and her CHW became a good team. The CHW started out by bringing Mary information from the dietician at her provider’s office and having her start keeping a food journal.  Mary and her CHW continued to adjust their plan by adding small achievable goals and making changes slowly, so they would become habits.  Mary was very diligent with her food journal allowing her, with the help of her CHW, to make small goal adjustments, such as: increasing the number of times she ate a day, eating more balanced meals, and starting to cook for herself again.  Soon, Mary and her CHW discovered that one of the barriers for her gaining weight was her anxiety about it!  She would weigh herself daily and would get depressed if she didn’t see a change.  So, Mary and her CHW made a new goal for Mary to check her weight only once a week, which she was able to accomplish.  Mary also worried about her adult children a lot. After discussing this with her CHW, they wrote answers on small note cards to respond to the things that worried Mary.  Things like “You can’t change tomorrow,” “Be Happy,” “My children have been fine and will keep being okay,” which she found really useful.  It also bothered her that people talked about her clothes being baggy, so she decided to buy clothes that fit instead of trying to fit in the ones she had.  Her son was amazed when she cleaned out her closets and donated her old clothes.  Mary is now at a place where she no longer thinks of the changes she made with help from her CHW because they have become part of her daily routine.

Mrs. Smith had no energy due to an injury and couldn’t get outside to exercise.  Her vehicle wouldn’t pass inspection, and even though the warmer weather usually brings sun and life, it also reminded her of the people she had lost in her life. On top of that, her taxes were high and she feared losing her home if she didn’t pay them.  Mrs. Smith slowly engaged with a CHW and after a couple weeks of face-to-face meetings and encouragement from her CHW to ‘make the phone call/ask the question,’ Mrs. Smith called her children and asked them for assistance, which they were happy to provide. They bought their mother a ‘new’ used vehicle, which was structurally sound and dependable, so Mrs. Smith felt more confident in her ability to get to her physical therapy appointments. However, the biggest fear still looming over her head was taxes. The call Mrs. Smith needed to make was to the town to see if there was some way they could work with her.  She kept putting this call off until her CHW asked her about it again during one of their meetings. Mrs. Smith finally just picked up the phone to call the town and set up an appointment with them.  Now, Mrs. Smith has a payment arrangement with the town to ensure that she won’t lose her house– along with a new found confidence in her ability to ask the hard questions and take charge of her health!

Making a Connection with Mr. Jones:

Mr. Jones’ situation was a challenge. When he was first referred to the CHW program, he was dealing with multiple medical issues, such as heart disease and diabetes, but was reluctant to meet with a CHW. Despite their efforts to contact Mr. Jones, CHWs were unable to connect and engage with him, and especially his wife.

A year later, when Mr. Jones’ illness grew more serious, he was hospitalized and again referred to the CHW program. The CHW assigned to Mr. Jones tried to make contact multiple times– in person, in the hospital, and over the phone– but again, his wife, Mrs. Jones was a barrier. With persistence, Mr. Jones’ CHW finally got him on the phone and he agreed to a meeting. As it turned out, Mr. Jones and his CHW realized that they both have family history in the logging industry. By the second visit, Mr. Jones’ CHW had connected not just with him, but also Mrs. Jones, their adult daughter, and even their cat. These connections opened the door to connect the family to supports and resources, and the ability to work on lifestyle changes that would support Mr. Jones’ effort to gain strength.

Lilly is Physically and Emotionally Lighter:

Lilly, 70 years old, was referred to the CHW program as a long-term client.  She has Diabetes and needed help with managing her weight and medication compliance. At the same time, Lilly’s husband was receiving dialysis for end-stage kidney failure. Together, Lilly and her CHW set a goal for her to be able to get out into her backyard by June, 2018. It may have been a seemingly small goal, but for Lilly it meant everything. On Father’s Day in June, Lilly had a family get-together in her backyard and was able to be outside with her children and grandchildren. Since, she has lost 14 pounds and feels that she has relieved some of the stress on her hips and knees. Lilly has become more mobile, is eating better, keeping a food journal, counting her calories, and using weights to exercise her arms from a seated position. Now, Lilly feels a sense of accomplishment and like she is in a better place, both emotionally and physically.

A CHW’s Support was the Missing Link for Seth:

Seth, a 57-year old male was referred to the CHW program when his physician became concerned that he was in danger of losing his kidney that had been recently transplanted due to poor diet and lack of compliance with his medications. With numerous health issues, Seth was already receiving services from a home health nurse, a dietician, and had a cast manager, but still seemed to lack the support he needed at home to change his diet. Through weekly visits with his CHW, and even more frequent check-ins by phone, Seth’s CHW was able to help Seth understand the importance of taking his medications at the correct time-intervals and ways that he could realistically change his diet. Over the course of a few months, Seth showed initiative in changing his diet and activity levels, and has lost close to 20 pounds. 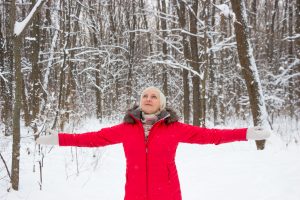 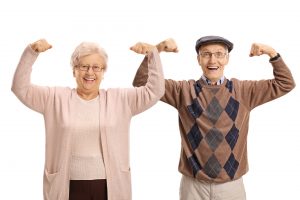